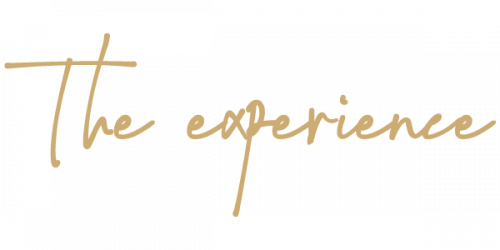 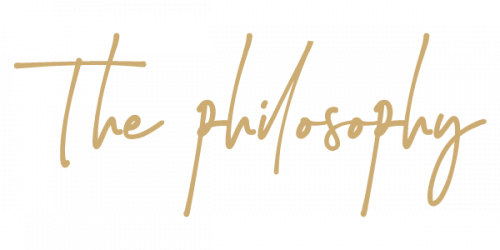 Kaizen is a Japanese term meaning «change for the better» or «continuous improvement.» It is a Japanese business philosophy regarding the processes that continuously improve operations that involve the team.
At Kaizen Japanese Cuisine we share that same philosophy. 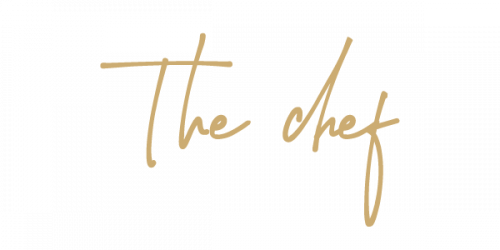 Miguel de Vega started his Japanese cuisine journey in 2007 after a life changing trip to the Land of the Rising Sun.
Shortly after his trip, he decided to attend the prestigious culinary school of Hofmann. Once concluded his studies, he had the great opportunity to work together with Diego Guerrero at El Club Allard, a 2 -Michelin star restaurant, and thereafter with Martín Berastegui, a worldwide recognized 3- Michelin star chef.
Then in 2014, his big dream came true when he opened his first restaurant in Madrid with the name Doki Doki where his passion for Japan and the Japanese cuisine are perfectly represented.
Doki Doki, with Miguel’s passion, creativity, and not at least hard work, quickly became a great reference within the culinary offer in the Spanish capital.
Only 4 years later, Miguel opened a second restaurant in the same city; Kira Kira, where his love for Japanese Cuisine continues.
Then, in June 2021, when the world still is in awe over the events in the last few years, Miguel opens his third restaurant, Kaizen, in the beautiful and breathtaking Crans-Montana in Switzerland. With his latest project, Miguel is doing what he knows best; namely bring a little piece of the Japanese Cuisine to the most wonderful place in the middle of the Swiss Alps. 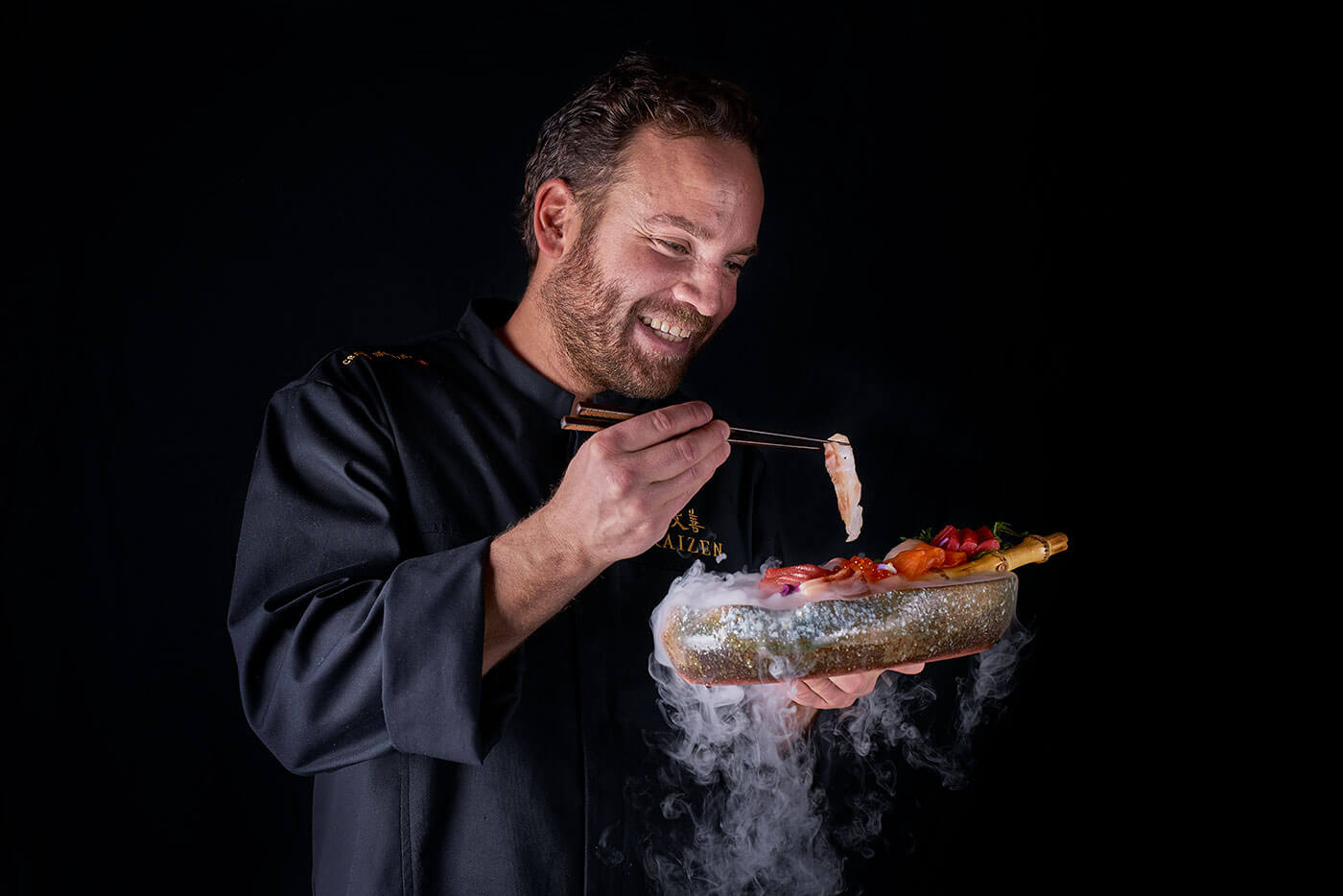 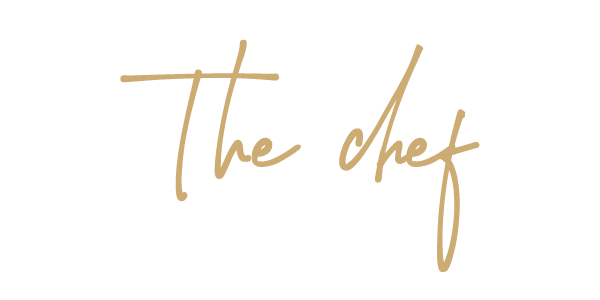 Miguel de Vega started his Japanese cuisine journey in 2007 after a life-changing trip to the Land of the Rising Sun.
Shortly after his trip, he decided to attend the prestigious culinary school of Hofmann. He could work with Diego Guerrero at El Club Allard, a 2 -Michelin star restaurant, and then with Martín Berastegui, a worldwide recognized 3- Michelin star chef.
Miguel’s first restaurant, Doki Doki, was founded in Madrid in 2014. And only four years later, he opens Kira Kira in the same city.
Miguel goes International in June 2021 and opens his third restaurant, Kaizen, in the breathtaking Crans-Montana. And so, Miguel has brought a little piece of Japan to the beautiful Swiss Alps. 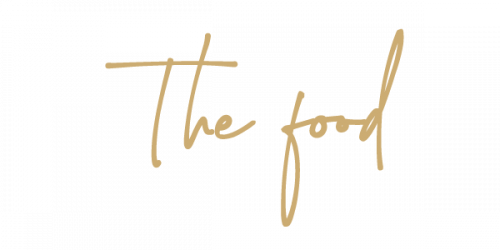 We are only as good as our raw materials are. Our chef selects the material by himself since that is his way of doing things.
He also travels often to Japan, to get to know at first hand the new tendencies that come around.
And because of that, you will always find top quality at Kaizen.
When you come to visit, you deserve only the best. 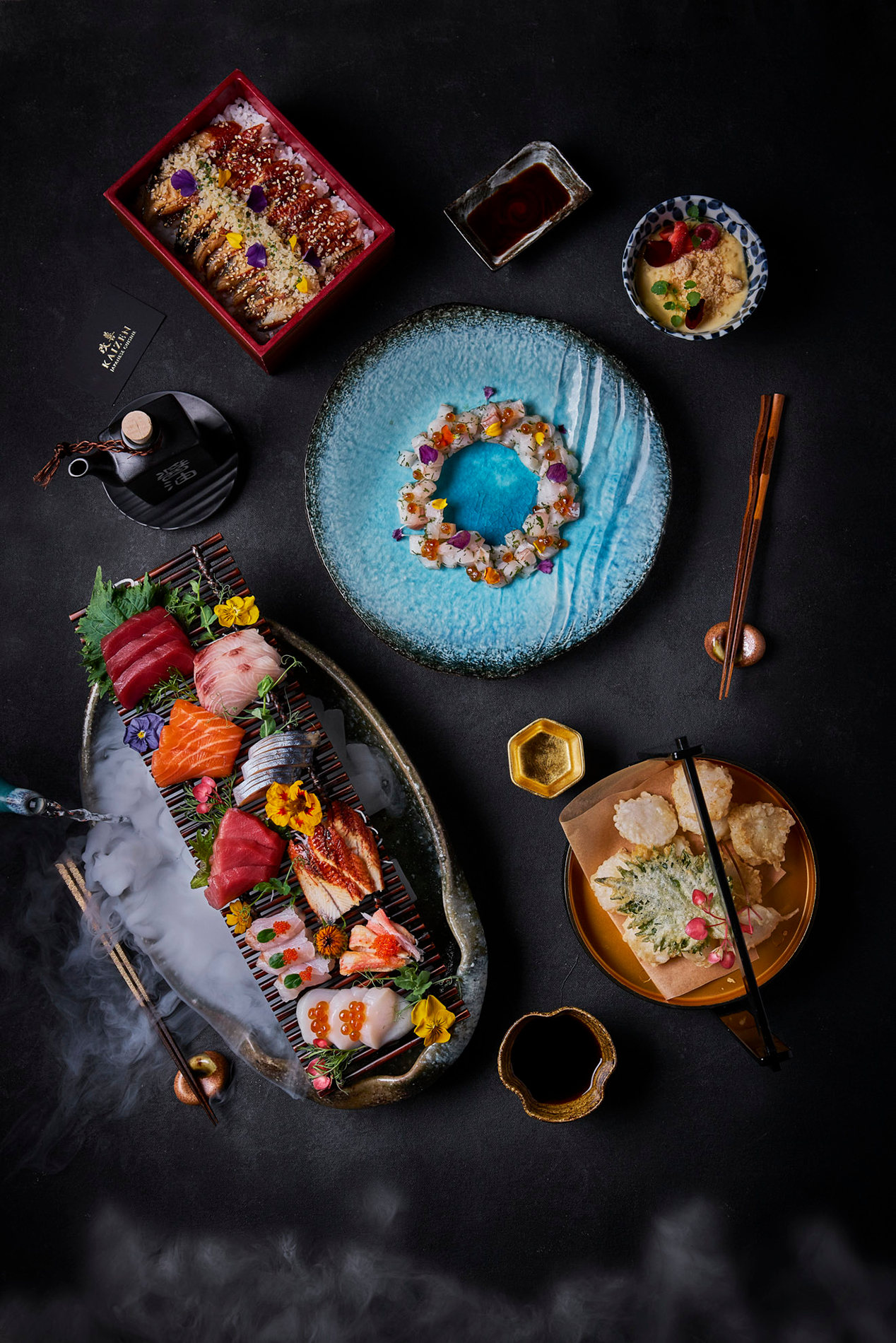 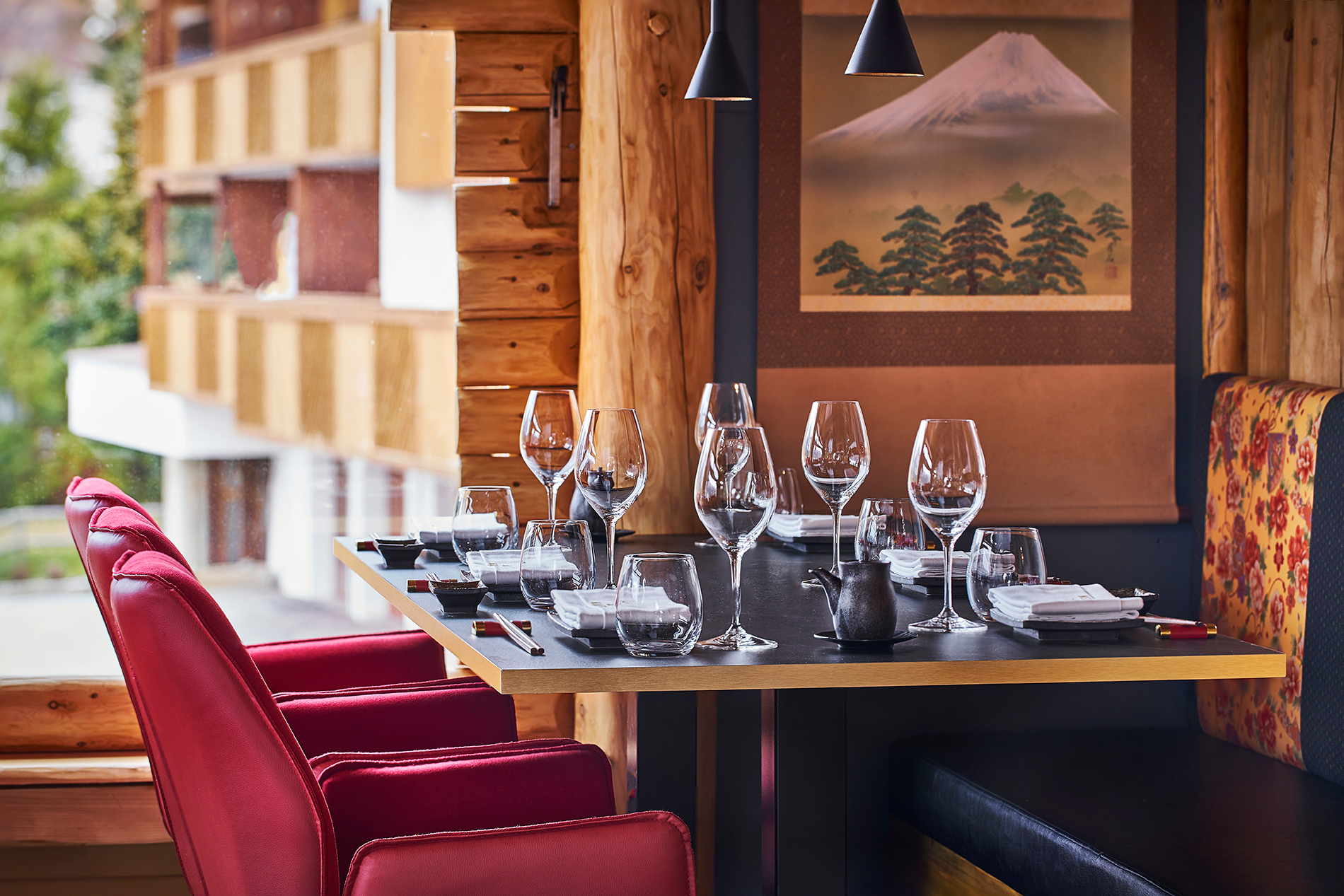 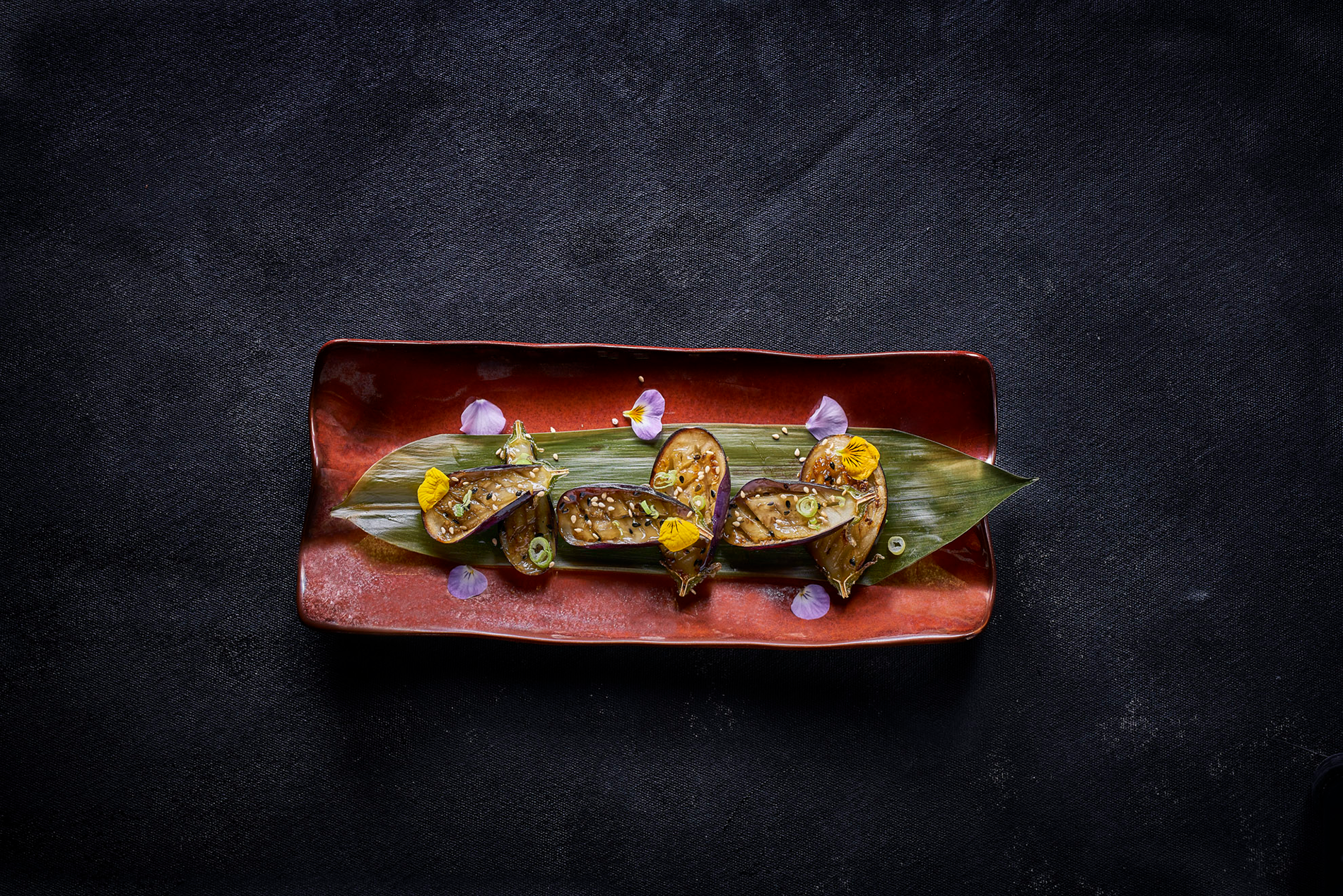 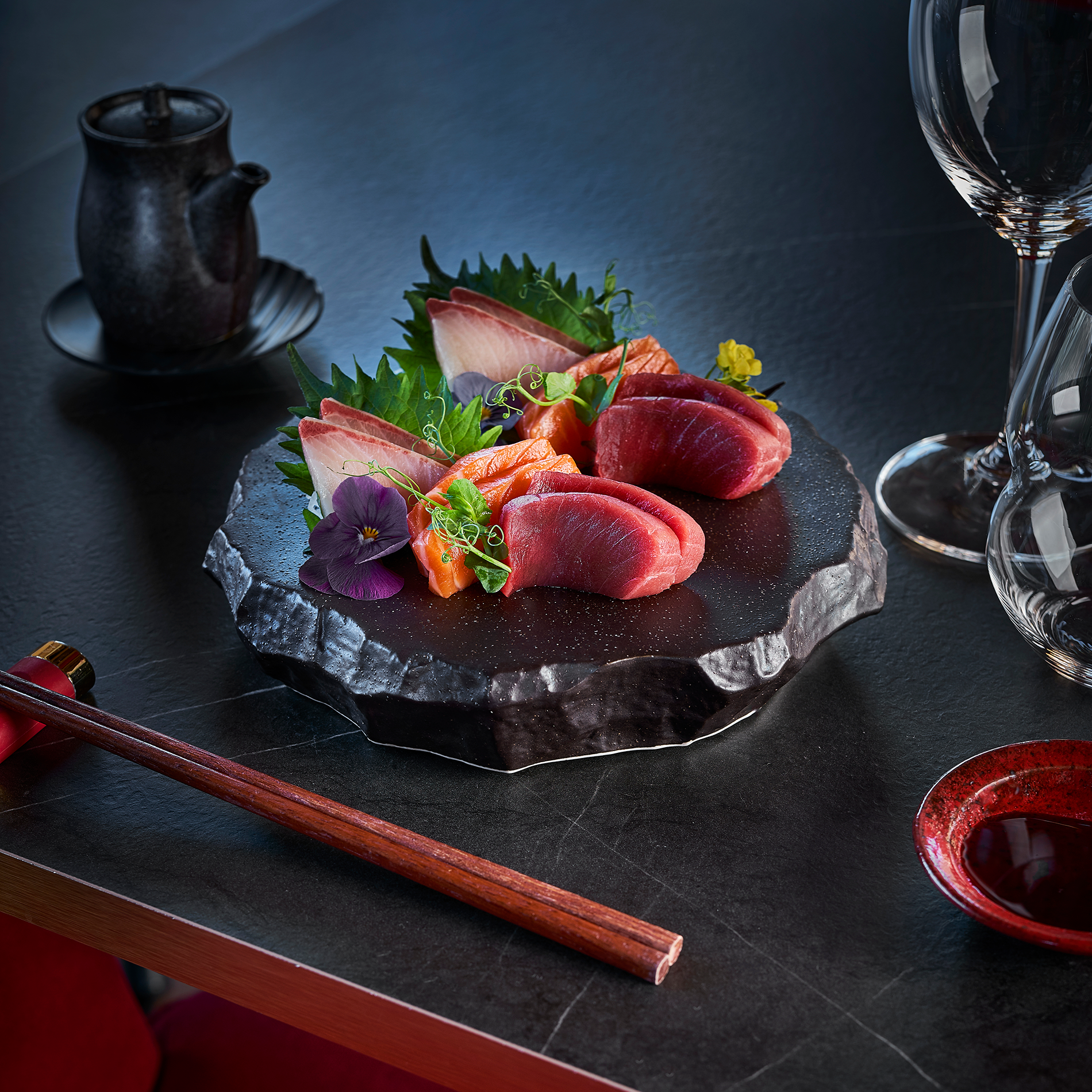 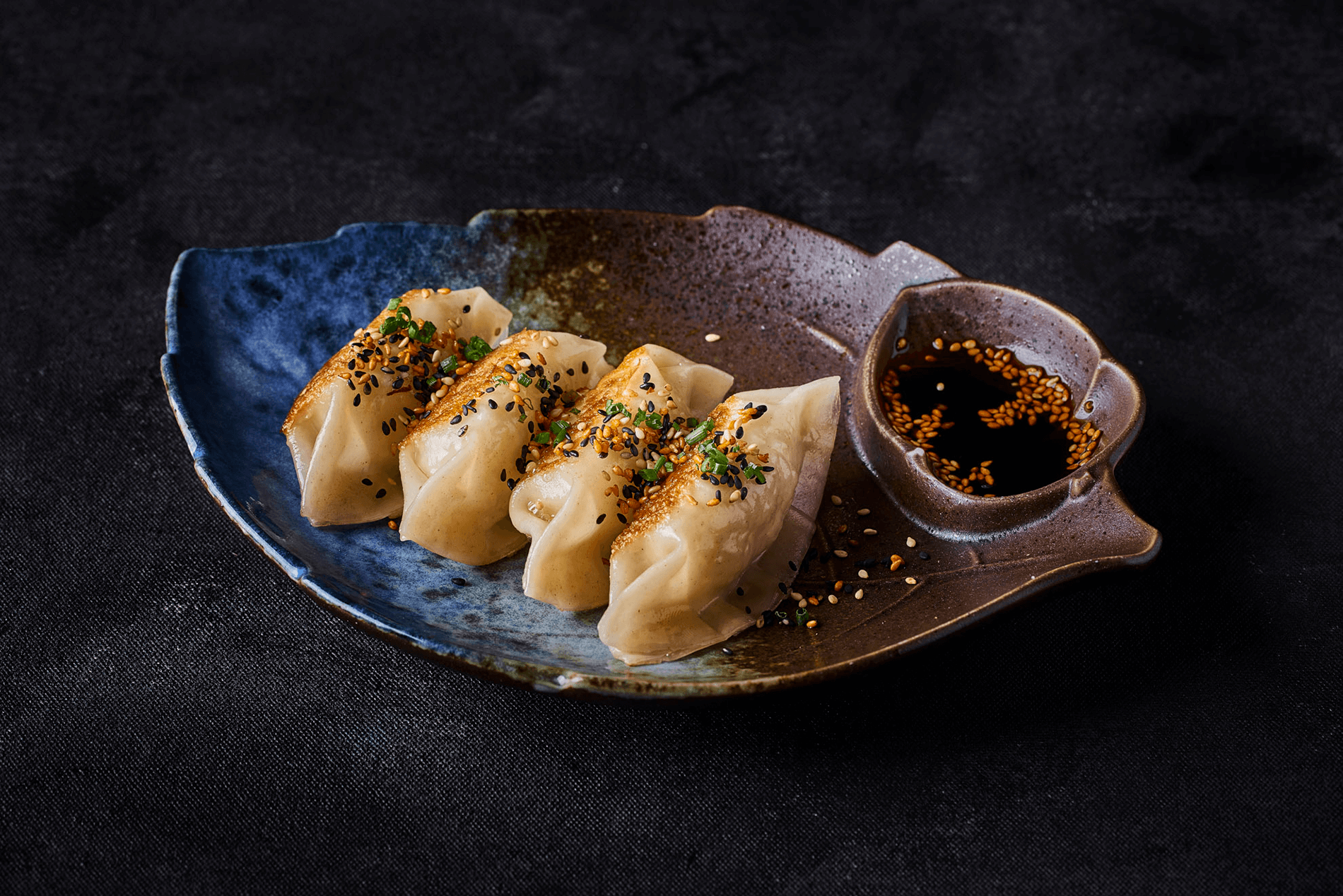 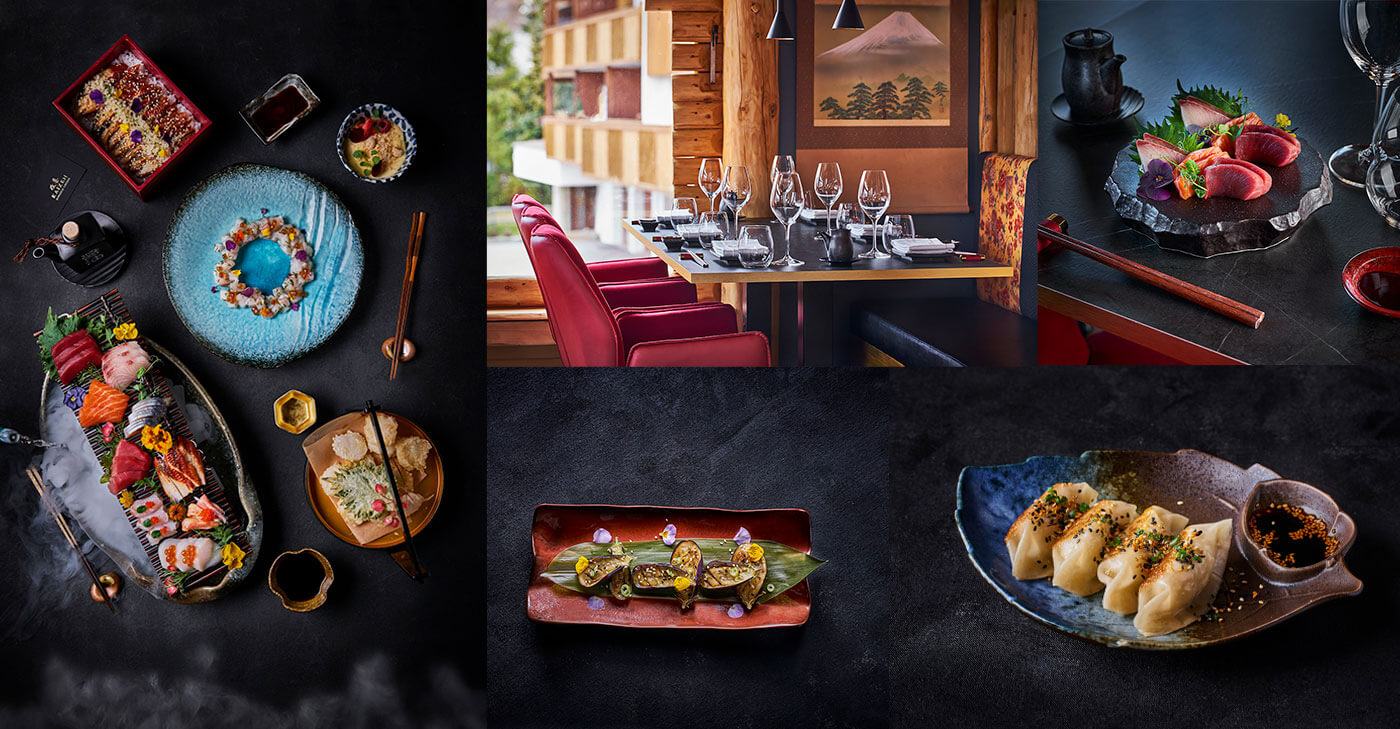 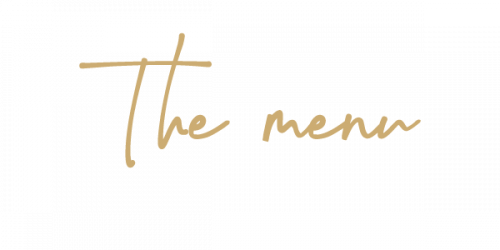 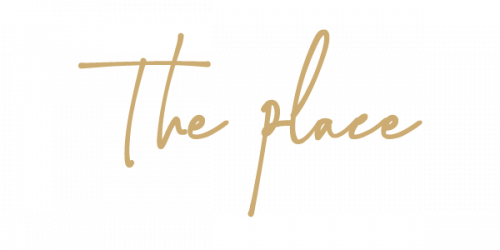 You find us in the spectacular Crans-Montana situated in the Swiss Alps.
We are delighted to say that Kaizen Japanese Cuisine is certainly a restaurant with a view.

SEND US AN E-MAIL